by a princess in process

Just kidding about the Faithwalking part.

Okay, not really. God uses Faithwalking to make you do hard things, or so I’m learning. More on what Faithwalking is to come…

Summer is one of the most high-energy, risk-taking individuals I know.

At 8 months old, I caught her swinging from her high chair. She charged the stairs at 9 months, fully convinced she could climb up and down them without trouble. She began swinging from her mobile at 10 months. Around one year old, she began scaling up towering furniture, testing the stability and durability of our Ikea-strength furnishings. A few months later, she dove out of a shopping cart onto concrete, rendering a concussion and a nasty bruise. 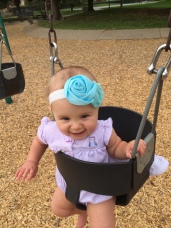 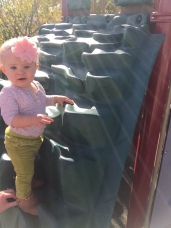 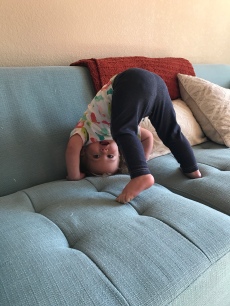 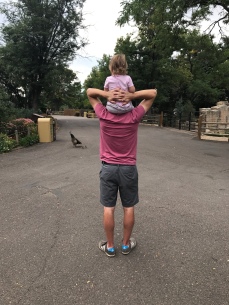 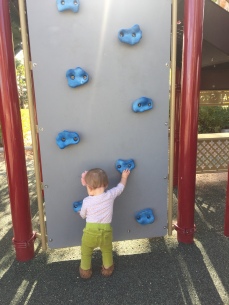 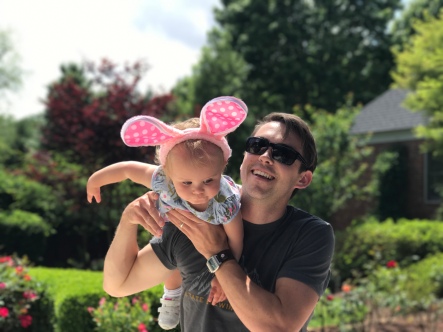 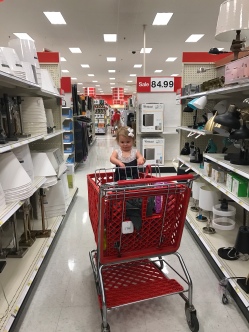 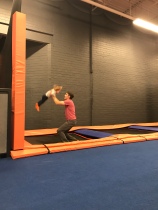 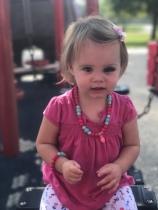 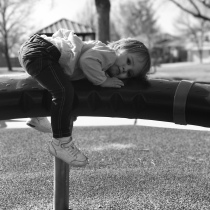 And so, as Summer continued to grow and develop we waited for the day that our only source of containment would render itself powerless. We awaited the day that she would escape her crib.

Not only did we expect her to escape her crib, but we fully expected to find her downstairs juggling knives or drawing stick figures with chalk in the middle of the street at midnight.

But, low and behold, this little girl who would happily hang from the rafters without fear, never – not once – attempted to escape the crib. In fact, she would often beg us to leave her there. She would play happily in her crib for hours until we returned to lift her out. Perplexed, we waited. Why induce a level of freedom when we had a newborn on the way?

The weird thing? She never really tried to escape. One night we had an odd casualty where she launched herself out of the crib out of desperation for us to come get her, but that never happened again. We simply decided as Samuel joined our family that it would be appropriate for her to bid farewell to the crib so Samuel could begin napping in it when he was about 4 months old.

Summer was terrified. She did not want to say goodbye to the crib. It became clear that was her safe place. Her resting place. A predictable place where she knew she could play, have her pacifier, sleep, read, and sing without fear. Pulling her out of that crib was pulling her out of a very comfortable and safe space. 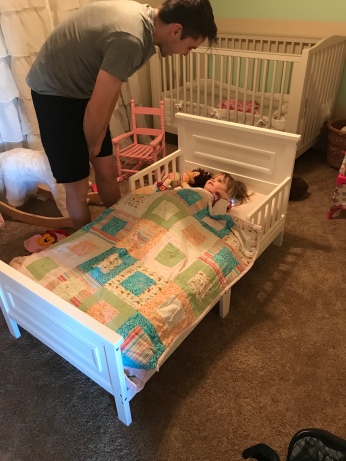 At first, she approached her big girl bed with timidity. But once she sat in it for a while and realized she could enjoy some of the same comforts in that new space, she was game. She quickly came to love her big girl bed and the freedom it brought. Her first nap was over 3 hours long. Her first night sleep over 10 hours.

You know what can be funny about life as adults? We can become like my daughter in her crib.

Even though our personalities lead us to experience certain types of transformation and growth, we limit ourselves by choosing to remain in our comfort zone.

We don’t always trust that a big girl bed will be on the other side, so we choose to remain in the comfort of predictability. We choose constraints in life because it feels safe.

We can spiritualize this by saying, “I am called to this specific population” or “I just love my community and prefer to focus my energy there” or “well, that’s not my gifting” or “I’ll pray for you” or “I’m called to this city.”

Well, ya’ll, God is pulling me out of my crib. And it’s terrifying.

I recently experienced an intensive our church provides called Faithwalking. At this retreat, attendees are walked through a process of allowing God to re-wire the way they view themselves and the way they engage their role in various systems.

At this retreat, I felt God really pressing me to lean into a gifting of teaching He has for me. Even typing that feels so hard. Some of you may think that is silly after all I’ve shared through this blog and over coffee with strangers.

But, the reality is, this is hard. For me, it feels so embarrassing and prideful to assume that I have any sort of gifting. I know, I know, you may say, “how can that be true?” – similar to how I thought, “how could Summer – of all kids – not want to escape her crib?” I grew up in a great family where my parents acknowledged and fostered growth in certain skills and talents. I’ve been encouraged by leaders and teachers throughout my life regarding various strengths they have seen in me. And yes, I know what the Bible says about gifts.

Though it doesn’t make a great deal of sense, it’s my reality. It’s terribly uncomfortable to put myself out there in a role as teacher and to communicate any sort of information outside of simply my vulnerable and messy moments with my children.

My greatest fear in stepping into this role is twofold: I don’t want to be perceived as prideful or presumptuous. Simultaneously, I have a deep fear that I’ll be perceived as ignorant.

The truth is, the best teachers are learners. I am learning to let God lead me out of my comfort zone. It’ll be messy and I’ll make mistakes, but I’m taking the leap.

This Sunday, on Mother’s Day, I will be launching a new website. This website will not replace LivingUncovered.com. Instead, it will be a different, more focused, space where I share on the subject of rest and motherhood with rhythm and intentionality.

The goal of this new site is to provide avenues for mothers to experience the essence of rest necessary to be good mothers and walk in the fullness of God’s calling on their lives.

Stay tuned for Sunday when I will publicly share this particular website. I have this strange sensation of stage fright (it’s more of a Video Blog (vlog) format), but I also have hope. Hope that if this doesn’t serve anyone else, at least God will use it to show me another layer of freedom.

Courage is doing things while you’re scared. So I’m going to do this, scared. Eeek! 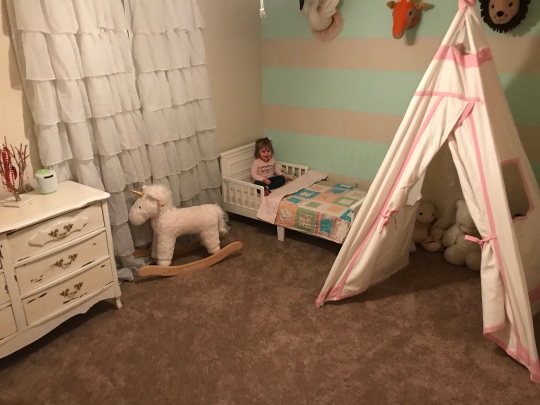